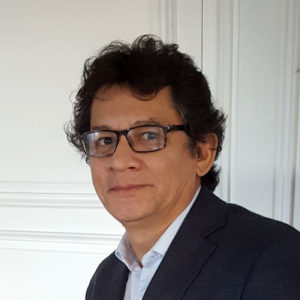 He is Associate Director of Energy, Natural Resources and Environment at Poliarquía Consultores. He manages projects on public opinion, governance and environment related to public and private sectors and local communities. Mining, Oil & Gas, and Agrochemicals are core subjects of his current work. He was consultant for the Natural Resources and Infrastructure Division at United Nations Economic Commission for Latin America and the Caribbean (ECLA-CEPAL) and also for the Inter-American Development Bank. Previously, he was Manager at International Voice, a Japanese company based in Japan and also Project Manager and Director Operations at the British Council, a UK government agency where he developed programs on governance, sustainable development and education in Argentina and various LAC countries. He is currently member of the board of World Learning Foundation and the Argentine division of the Forest Stewardship Council, an independent and non-profit organization that protects forests worldwide. He also worked as a consultant at United Nations Development Program (UNDP) and Inter-American Development Bank’s (IDB). BA in History from Universidad de Buenos Aires, Argentina; Diploma on NGOs’ Management from Universidad San Pablo CEU- Madrid, Spain, and Master in Science on Economic History and Patterns of Development from the London School of Economics, UK. He was awarded with various scholarships including Fundación Carolina Scholarship from the Spanish Ministry of Government; the UK FCO Chevening Scheme; the Fondation Maison des Sciences de l’Homme de Paris; the University of Buenos Aires and CONICET’s scholarship; and the Argentine National Council for Scientific Research’s award. He was full-time researcher and lecturer at Universidad de Buenos Aires and at Masion des Science l´Homme, Paris, and today works as part-time lecturer at Universidad Di Tella in Buenos Aires.